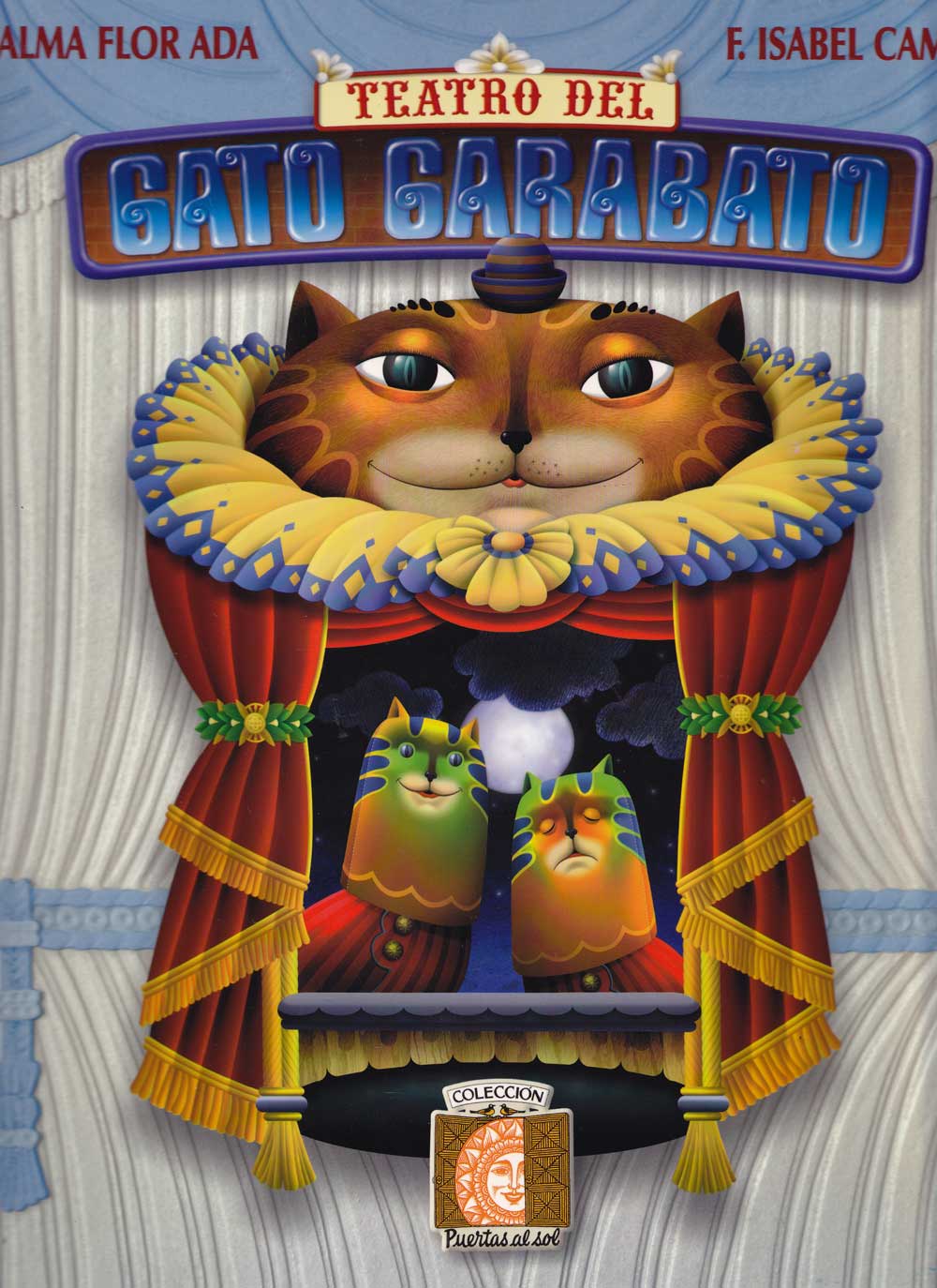 To Order or to Ask a Del Sol Question,
read the Del Sol Order Info and then email Rey Del Sol

Gateways to the Sun Theater English Collection
$57.44, Including 20%-Off, Free Immediate Mailing, and No Sales Tax
4 Softcover English Books : 4 Levels

Each of the anthologies in this series offers a variety of plays well-suited for either reading aloud or for full-scale performance. For the early grades, Alma Flor Ada and F. Isabel Campoy have created original adaptations of traditional children’s stories. Familiar tales are retold in the form of plays, choral poems, and theatre games, inviting children to explore movement, characterization, and imaginative play. The use of traditional Hispanic folklore, woven into the dialogue, enhances the cultural setting in which the stories have been recast. For the older grades, a selection of the best plays written for children throughout the Spanish-speaking world has been carefully assembled. The use of plays in the classroom can be an excellent tool for promoting language and vocabulary development. In addition, plays can foster reading ability when used for choral reading; enhance children’s self-confidence and self-esteem; provide opportunities for learning about one’s self and others; and most importantly, promote the values of collaboration and solidarity. We think you’ll find these collections both inviting and inspiring.

Promoting that children have access to read and act plays has always been one of my basic concerns. Even if it is done with great simplicity acting in a play can have very positive results. It certainly was so for me. Encouraged by my extra ordinary sixth grade teacher, Dr Rosa María Peyrel lade, I wrote my first play which we per formed in class. As a high school student I wrote three plays, and while very simple, my classmates performed them with enthusiasm. We invited the High School Faculty of the Instituto de Camagüey to the premier of one of them, which I entitled La sonámbula or The Sleepwalker. Even though some of the professors did not enjoy the criticism to their very traditional pedagogy which was part of the play, there was enough interested public that we rented the best theatre in town, el Teatro Principal, to give a couple of public performances. When I became a High School teacher at the Colegio Abraham Lincoln in Lima, Perú, I invited my students to do theatre and we had great fun doing so! My mother, a coordinator for FLES [Foreign Language in the Elementary School] in Atlanta, Georgia, used theatre very effectively in the teaching of Spanish, and wrote a number of plays that were per formed by children and broadcasted via the district TV station. As a teacher educator in the United States I have continuously emphasized the use of theatre. I have had the privilege of having my mother codirect with me three different performances of Historia de una muńeca abandonada, by Alfonso Sastre during three summer courses: at the University of Texas, at El Paso, in Philadelphia, and in Puerto Rico. I was later able to continue to invite teachers to per form this out stand ing play, in Chicago, through the Associate Colleges of the Midwest, and in Madrid, both at the Universidad Complutense and at the Fundación José Ortega y Gas set. This play is included in this collection in the book Ensayo general] I am convinced that one is better able to teach some thing one has enjoyed doing. And just as Isabel Campoy and I emphasize, in our courses of Authors in the Classroom, that teachers who create their own books will be better able to get their students to become authors, I believe that encouraging teachers to do theatre and experiencing the richness of the process would better allow them to incorporate plays in their regular teaching.

Level 3 : Break a leg! Your cast members will keep their audiences on the edge of their seats as they act out a theatrical trio: "Christmas Presents," "Charlotte's Bicycle," and "Goldie Hen." Each play has a surprising climax.   Lesson Plan   Worksheet

Level 4 : In the Curtains Up! experience, young talent and their delighted audience will realize the importance of telling the truth and working together.  This collection includes theatrical versions of The Rainbow's Nap and Puss in Boots along with Ruben Dario's wonderful creation, Margarita.   Lesson Plan   Worksheet

To Order or to Ask a Del Sol Question, read the Del Sol Order Info and then email Rey Del Sol